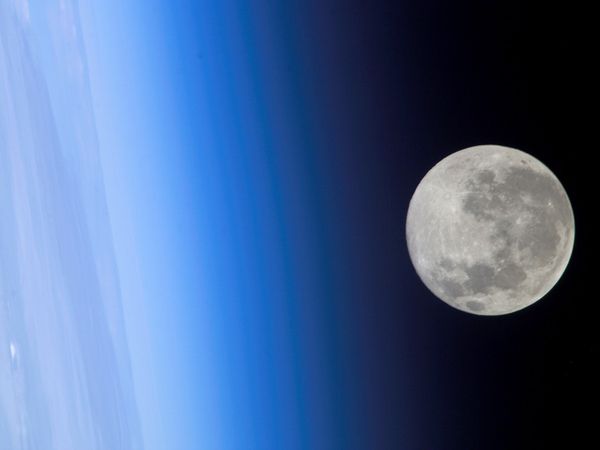 I bought a lunar calendar this year. It takes a bit of getting used to because it divides the year up into 13 moons instead of 12 months.  After years of looking at the year as the month of January followed by  February followed by March… it seems weird to track the year by moon cycles.  After all, I have been trained since Kindergarten to track what month it is!  But keeping track of which moon cycle we are in this year has opened my eyes to nature’s rhythms and cycles in a deeper way.  And it’s shown me yet another way of looking at my world that is filled with wisdom and truth.  And I have discovered that I can use and learn from both ways of looking at the world; I can follow the cycles of the moon and stars  AND I can honor 4th of July and celebrate Christmas on December 25th again this year. I do NOT have to choose and lock into only one way of looking at my world. Truth and wisdom can be found in many forms.

Tracking moon cycles has deepened my awareness of my own cycles.  I am female, which means my emotions ebb and flow and cycle like the moon. It is the way nature wired women to operate. Don’t believe me?  Well if you’re female, find a lunar calendar and start taking note of how your mood ebbs and flows during any given lunar cycle.  And if you’re male, track your wife or girlfriend’s moods.  Try it and you’ll see how lunar women truly are.  It is not just our menses that are tied to Mother Moon. And how cool is it to be intimately tied to Mother Moon.  I find it somehow comforting.

Every year on planet Earth contains 13 lunar cycles. That’s actually not just Native American folklore – it’s astronomy.  The length of our year is determined by how long it takes the Earth to go all the way around the Sun.  And Mother Moon cycles around the Earth 13 times in the time it takes the Earth to cycle around Father Sun, whether we believe in and honor pagan rituals or not.

For those of you who haven’t ever paid attention to the moon before, a new moon is the time every month when the moon is dark and cannot be seen in our night sky. A new moon lasts 2-3 nights and then a tiny sliver of the waxing (growing) moon shows herself again in the night sky. In many earth based traditions, each new moon marks the beginning of a cycle. Many ancient cultures who were more intimately tied to the natural cycles on Earth, believed that new moon energy marks the perfect time for renewal and / or beginning new projects.

Several years ago, I discovered a wonderful book that shares Native American wisdom and legends about each moon cycle on our Earth; it’s called  The 13 Original Clan Mothers  by Jamie Sams.  One Clan Mother or Grandmother is said to watch over us in each lunar cycle. I don’t know about you, but I LOVE the idea of Grandmothers guiding and watching over me (some would label me a female chauvinist). And I also adore the magical names that Sams uses to describe the energy of what each Grandmother focuses on.

Truth can take many forms. Every spiritual tradition contains gems and nuggets of truth and wisdom that are available to help me in this crazy, confusing cycle of days known as a lifetime.  If I decide that one teacher or one school of thought is the only source of truth for me, then I lock up and limit my world and my possibilities.

Finding and holding onto truth can be as elusive as trying to catch a fish as it flashes in the sun at the surface of a lake for just a brief instant. Wrapping words around the truth to explain it is a very tricky business;  no words ever completely catch the essence of a truth because truth is an energy, a sensation of lightness and expansion. My truth creates space and opens up a new view of the world to me.  Words never quite do justice to the energy that is truth.

When I search for truth, I can choose to put blinders on and follow only one teacher as though he or she holds all the keys that will unlock me and lead me to wisdom.  Many people prefer that way – it simplifies their search for truth and wisdom. But I can  refuse to wear blinders. I can choose to search out those flashes of truth from every teacher, every tradition, every corner of the Universe that catches my awareness and speaks to me. The second way takes more patience and goes against the norm, but I find it to be infinitely more rewarding.